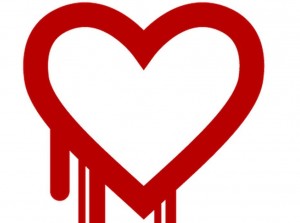 On Monday, April 7th a very serious internet security bug was discovered. This bug affects nearly two-thirds of all internet websites. The bug is called Heartbleed and it causes a vulnerability in the OpenSSL cryptographic library.

Everyone should know what the Heartbleed bug is, how it affects them, and what they need to do about it.

How bad is the Heartbleed bug?

Heartbleed is being considered one of the Internet’s biggest security threats since it has been around for two years, but it was only recently discovered.

END_OF_DOCUMENT_TOKEN_TO_BE_REPLACED

In an effort to deter cell phone theft, U.S. wireless carriers have made a first step towards “a joint ‘blacklist’ database of identifying information about cell phones reported lost or stolen”. Now, cell phone companies check phones against the database before reactivating phones. Before this joint action, carriers would suspend the service on a phone after was reported as lost or stolen; this phone could still be reactivated by a thief on a new account. According to Chris Guttman-McCabe, vice president of regulatory affairs for CTIA, “the point of the blacklist database is to dry up the aftermarket for stolen phones. If you can’t reactivate a stolen phone, it’s just a worthless hunk of plastic and metal.” [1]

Cell phone theft is common because many users will leave them laying around and not keep a close eye on them. One the device has been stolen, END_OF_DOCUMENT_TOKEN_TO_BE_REPLACED

AntiSec, short for anti-security, claims they stole 12 million Apple iOS device Unique Device Identifiers (UDIDs) by breaching FBI security. The group released a million of them on a website. AntiSec alleges they had a computer belonging to a FBI agent to gain access “to a file containing the list of the Apple IDs”. The online posting “did not identify the agent or who the ID numbers belonged to.” [1]

AntiSec said that they chose to only “release a portion of the Apple IDs list to get people’s attention to its claims that the FBI is gathering people’s Apple device details.” In the note that AntiSec posted online, AntiSec said they have learned that people do not pay attention when one says, “hey, FBI is using your device detail.” The AntiSec group claims that a portion of the devices on the list contains names, telephone numbers, addresses, and ZIP codes, but they chose to only reveal END_OF_DOCUMENT_TOKEN_TO_BE_REPLACED

Mashable’s article titled “38% of us Would Rather Clean a Toilet Than Think of New Password” reports that login credentials and site authentications are a hassle for many people.  In a recent Harris Interactive poll, “some 38% of us think attempting to solve world peace would be a more manageable task than trying to deal with yet another set of login credentials.”  All of this hassle makes it easier for hackers to gain access to our online accounts because we tend to either use to same passwords for multiple accounts or we forget our passwords. [1]

I find it difficult to create and remember every password for every online account that I have.  For each site that I visit, there are different sets of password rules. The rules dictate how many END_OF_DOCUMENT_TOKEN_TO_BE_REPLACED