My wife recently signed up for DD Perks while in a Dunkin Donuts/Baskin Robbins store one day. While we were there, she downloaded the DD Perks app to her phone, created a DD Perks account, signed into the app, purchased a gift card, and tried to add the gift card to the app so she could make a purchase and start earning points.

This is where the fun began. When trying to add the card to the app, she received an error saying something to the effect that the gift card number was invalid. We checked, double checked, and triple checked that the card number and pin was entered correctly and that we did not fat finger any numbers. Although this gift card showed Baskin Robbins on the front of the gift card, Dunkin Donuts was listed on the back and should work, right?

The employees in the store said it should work and did not have any advice about why the app was not taking the card except one of the employees mentioned that they had had some issues with the DD Perks app lately. While we were in the store, we just used the app to add money to the virtual gift card and proceeded to use the app to make the purchase and get the points. 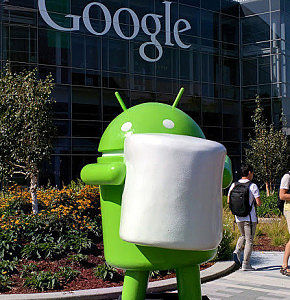 Android 6.0 Marshmallow comes with a lot of new features to be excited about. Unfortunately, new releases include bugs and other hiccups. After waiting for the Marshmallow update to be released to my Samsung Galaxy s5, I noticed that my notification sounds were not working for incoming text, etc. Videos would play in my YouTube app, but I missed some text that came in because I did not hear the sound. I checked to make sure that the sound settings for notifications were still set correctly; they were.

I started searching around to see if anyone had the issue. Some people in a forum suggested resetting the phone to factory defaults and not syncing the backed up data to the phone. Several unlucky people tried the suggestion us to find themselves with a squeaky clean phone and no notification sounds. 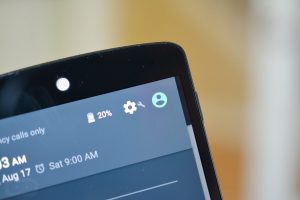 Searching more, several users reported that doing several reboots corrected their issue. So, since I really did not want to reset my phone (holding out a little longer to upgrade to the new Samsung Galaxy s7 Edge), I rebooted my phone a few times. I rebooted it about 3 or 4 times and BAM! my notification sounds were working again. Thanks to helpmynexusgoogle for the working solution!

So glad I did not have to reset my phone. I hope this will help someone that runs into the same small but annoying issue.

The FREETOO Reinforced Tactical Gloves are a comfortable and stylish set of gloves. I give these gloves a 5/5 rating.

END_OF_DOCUMENT_TOKEN_TO_BE_REPLACED

The 1BYONE Bluetooth Wireless In-ear Sweatproof Sport Earphones are a great set of Bluetooth earphones. I give the earphones a 4/5 rating.

END_OF_DOCUMENT_TOKEN_TO_BE_REPLACED

Yes, even though it is warm outside and feels like summer, it is still Christmas time.

Merry Christmas to you and your family! We wish you well in the New Year.

The 1byone universal cell phone bike mount is great for holding your phone while having a map or fitness tracker app open for when you hit the trail or pavement. I give this bike mount a 5/5 rating.

END_OF_DOCUMENT_TOKEN_TO_BE_REPLACED

Disclaimer: In full disclosure, I received this product complementary. However, the review and description details my personal experience using the product. This review is an expression of my own unbiased opinion. I am in no way associated with Amazon nor the company selling this product.

The 1byone keyboard is a slim low-profile bluetooth keyboard that features a multi-touch touchpad. I give this keyboard a 5/5 star rating because it works great for a light, portable keyboard. END_OF_DOCUMENT_TOKEN_TO_BE_REPLACED

Merry Christmas and Happy New Year to you and your family!

Let us know what Santa brings you,